Recetas del Chef is a recipe page specializing in typical Central American food, with a special emphasis on Guatemalan cuisine.

The page is an initiative of the media sucesos Guatemala, to publicize the different regional food of Central America and teach how to prepare it.

Recetas del Chef was born from the need to make known and teach how to prepare the different dishes of Latin American gastronomy, with simple recipes that anyone can learn to prepare.

These are the different gourmets that we will show in this first phase of the project so that everyone knows how the delicious dishes of these nations are prepared.

In addition to the different accompaniments that you can use for our delicious dishes and so you can surprise your whole family cooking like a professional Chef.

But not only will you see recipes with their respective preparation videos , you will also meet the best professional Chefs who expose the gastronomy of the region and its famous recipes that led them to stardom.

Why not, we will also show you exclusive recipes of Gourmet gastronomy and fusion food, so that you delight all your diners in the best way.

With us you will meet the different renowned Chefs in Latin America and the recipes that made them famous, such as Alex Quintana, Mirciny Moliviatis, among others.

The idea of introducing the chefs is because they have fought with blood, sweat and tears to make Latin American cuisine famous, so we will give them a space as a thank you for their hard work.

These kitchen professionals always give their maximum effort to represent the gastronomy of the country they represent with dignity.

In Chef’s Recipes we will also give you important tips and advice so that you can prepare the recipes that we teach you in a better way.

From time to time we will teach you the culinary secrets that haute cuisine chefs use to make your food tastier and surprise your loved ones.

We will also teach you everything you need to know about the measures that are used in cooking and the different kitchen conversions so that you do not get confused with any ingredient.

We will also teach you tricks so you can choose the best ingredients to prepare your recipes and how to get them, we will show you which kitchen equipment is the best and where to get it.

Why is Guatemala’s gastronomy the main thing in the chef’s recipes?

Very simple because the flavors of Guatemalan cuisine are mystical, tasty, succulent and unique, as they are a fusion of Mayan cuisine and Spanish cuisine.

The gastronomy of Guatemala is characterized by the fusion of two great cultures, its geographical location, its marine cuisine and its climatic diversity that is the source of a great variety of ingredients.

Also in Guatemala there are many typical food recipes that are unique according to the preferences of the diners, among them we have: kaq’ik, jocón, pepián, beef broth, yarns, paches, enchiladas, dobladas, fiambre, shucos and tamales de chipilín.

As mentioned before, Guatemalan food is the fusion of dishes between the aborigines (heavily influenced by the Maya, the indigenous culture they dominated in what is now known as Guatemala) and the colonizing Spanish who added seasonings, preparation techniques and other fruits that added from both worlds.

This resulted in an exquisite fusion and an explosion of unique flavors in Latin American cuisine that surprise and enchant every diner.

Guatemalan cuisine uses several elements or ingredients but the main ones can be divided into three groups that are the most used.

In Guatemala you can use a wide variety of ingredients in which vegetables such as carrots, güisquil, perulero stand out, tomatoes are also used a lot in almost all errands.

The potato can be found in most dishes and as accompaniments the beans, rice, but the green gold could not be missing the famous avocado.

Among the most common species used in Guatemalan cuisine, we find the paprika and the famous curcuma.

Undoubtedly, our gastronomy is a mixture of the cuisine of the Mayan, Spanish and contemporary civilization. This makes Guatemala a destination that offers a unique wealth of food and beverages for the international market.

Some historical data indicate that the Maya in the time before the fifteenth century made stews of legumes. Also venison, rabbit and domestic poultry. Also, that in the morning they drank hot drink and the rest of the day cold drinks.

But it was the arrival of the Spaniards that allowed us to enrich our gastronomy with numerous mixtures, resulting in the one we currently know.

The signature dish of the fusion of Spanish food with Guatemalan regional food is cold cuts, where each family has a different recipe to prepare it.

Dishes by region in Guatemala by Chef’s Recipes

Guatemala is a multicultural, multi-ethnic land, so different regions have their different dishes and ways of preparing Guatemalan cuisine.

An example of this is the famous tapado which is the regional dish of Izabal specifically Livingston that belongs to the Garifuna culture and a succulent dish.

Below we will show you in chef’s recipes some regional dishes.

This is the flagship post of our page and will be the only one that will be updated over time, I hope you enjoy recipes from the chef.

Recipes that are cultural heritage of Guatemalan gastronomy.

The typical foods of Guatemala have stood out all over the world for their flavor, ingredients and the cultural background it represents for the history of the country. That is why, since 2007, the Government of the Republic of Guatemala has declared different dishes – over the years – as cultural heritages of the nation.

Typical foods of Guatemala named cultural heritage of the Nation

According to Ministerial Agreement 801-2007, this dish was recognized as a heritage for its ancestral preparation and for preserving the recipe from generation to generation.

Within the same Ministerial Agreement, the jocón was recognized as another patrimony. Thus, it was established as intangible Cultural Heritage of the nation.

Whose name means red and chili. Another dish that entered the same Ministerial Agreement on November 26, 2007, along with the previous meals.

It is the first and only dessert that has been considered Intangible Heritage of the Nation. From the previous Ministerial Agreement, this dish joined the 2007 food list.

On October 8, 2019, according to Ministerial Agreement 880-2019, this traditional food was declared a reflection of both the cultural and historical identity of Guatemalans.

Without further ado, we welcome to our appreciable audience the chef’s recipes, where every day we will upload a dish and information about the most succulent gastronomy. 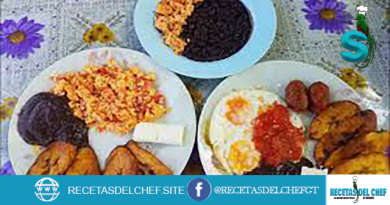 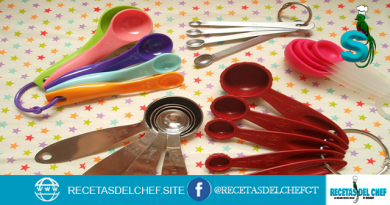 Units of measurement used in kitchen

We have detected that you are using extensions to block ads. Please support us by disabling these ads blocker.